To celebrate Australia Day as part of the Book’d Out Blog Hop, I thought we’d revisit the uniquely Australian sport of Clacker Dropping…

Twelve years ago I was introduced to the Australian sport of Clacker Dropping. Sounds interesting, doesn’t it? Depending on which part of the world you come from, the word ‘Clacker’ will have a different meaning. For some, a Clacker is similar to a Castanet, or maybe a type of fishing lure or even a child’s toy that has two balls on opposite ends of a string that hit each other when swung correctly making a cracking sound. In Australia, a clacker is another name for a bum. A bum hole to be exact.

So, you can imagine my horror when friends of my husband (then my fiancé) suggested a game of Clacker Dropping at their backyard New Years Eve party. Mental images of me having to remove my pants in front of these people had me wanting to run out their front door and never return. What kind of people were they ? They’d come across as so conservative and polite – they didn’t even swear or blaspheme – so what the hell was going on?

Scared for my privacy, I sat down (protecting my clacker), as they detailed the game, which was as follows:

The objective of the game is to hold a twenty cent coin in between your butt cheeks, by clenching them as hard as possible, and navigate a small obstacle course as guided by your partner. The obstacle course includes stepping and jumping over various raised objects – broom handles, toys, plants, whatever is lying around. It can be played anywhere, but backyards are best, mainly because you don’t want to play this in public.

I had two problems with this game. Firstly, I wasn’t about to whip my pants, or especially my undies, off in front of anyone. Added to this was the fact that I had no desire to see anyone else’s bum either. There’s not enough alcohol in the world to induce me to do something like that. Secondly, for those who did want to play, surely it’s unhygienic to use the same twenty cent coin?

I whispered to Jason, “I’m not playing a game where I have to take my pants off. Can we leave now?”

He laughed and said out loud, “Sarah is concerned. She thinks we all have to take our pants off to play.”

Everyone laughed – hysterically. It wasn’t embarrassing at all.

I sat there, waiting for the laughter to die down, and turned a deep shade of puce. It wasn’t an unreasonable assumption to make, was it? After all, a clacker is a bum hole – not just a bum. How can anyone wedge a coin in between their cheeks if they are wearing jeans? And at no time did anyone clarify that this was a game to be played with all of your clothes on.

Ten minutes later we were playing the game, fully clothed -I went and got my own twenty cent coin from my purse because I was still concerned about the hygiene thing- and was surprised to find that it was actually heaps of fun. After a couple of drinks it’s hilarious to watch people try to make it through the obstacle course and then drop the coin into the cup.

Depending on the  level of your butt strength and ability to focus intently – i.e. those of us who do Yoga or Pilates will have an advantage – these are the kinds of faces you can expect to see during a game. 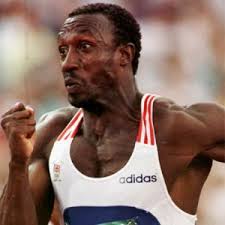 So, this Australia Day, give the sport of Clacker Dropping a go. You’ve nothing to lose – except your inhibitions – and will spend the arvo clenching one set of cheeks holding a coin, while cramping the other cheeks with laughter.

As part of the blog hop I am giving away one e-copy of my novel, Hindsight, which is set in the Melbourne suburb of Clifton Hill.  It’s a chick lit/romantic comedy story with plenty of Australianisms in it! All you have to do to be the running is answer the following question in the comments section:
What is your favourite Australian sport and why?

The format will be in either ITunes or Amazon Kindle only. This competition is open world wide and will be drawn on January 28th, 2014.

To check out the other blogs on the Book’d Out Australia Day Hop, click here.